Dr Nikhil Purandare completed an MD with the eminent Prof Prendiville in the field of ‘Biospectroscopy for the early detection of the pre-cancer of the cervix’. This research won the first prize at the British Society for Colposcopy and Cervical Pathology Annual Congress.

Dr Nikhil Purandare subsequently worked as a Locum Consultant at the Rotunda Hospital for 4 months prior to being successfully admitted into the Reproductive Medicine subspecialty training programme. Over the next two years, he trained in IVF technologies, reproductive endocrinology, recurrent miscarriage, male infertility, operative laparoscopy, operative hysteroscopy and tubal microsurgery. He has many research publications on ways to improve pregnancy rates and also in the field of early pregnancy loss.

Dr Purandare then went on to do a minimal access surgical fellowship at the Mater Hospital. He returned to Galway where he was appointed as a Consultant Obstetrician and Gynaecologist and Reproductive Medicine Specialist in Jan 2016.

Dr Nikhil Purandare was recently awarded the Fellowship of the Royal College of Obstetrics and Gynaecology from the Australian and New Zealand College. He has won numerous awards including the Young Gynaecologist award (AOFOG, New Zealand) and Laparoscopic Olympiad Award 2011 (Ireland) and is regularly invited as a guest speaker at international conferences. He also regularly goes to India to do pro-bono work.

Having worked in all the large maternity hospitals in Dublin, Dr Nikhil Purandare has had excellent training in Obstetrics and the management of labour. He also has the required surgical skills for major open and laparoscopic gynaecological procedures. He is one of a few subspecialists in Reproductive Medicine in Ireland and has a keen interest in previous IVF failures and recurrent miscarriage. 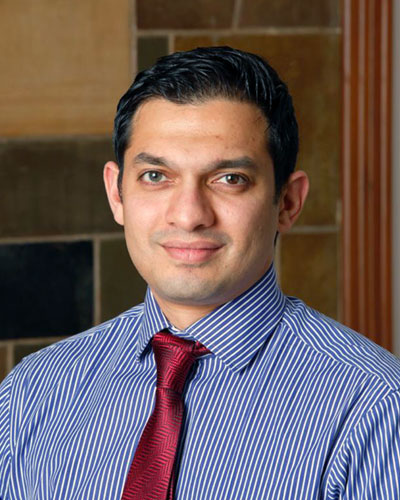